How GIS is Making Cities Smarter about Parks 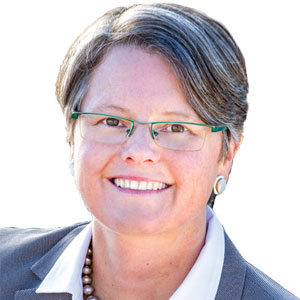 City parks make an essential contribution to the health and wellbeing of residents and the resilience of the urban environment. But until recently, municipal officials and parks managers have had few ways to measure how well parks were meeting those needs. Questions like which residents were best served by parks, or not served at all, and where new parks should be built to best support health, quality of life, and equitable distribution were hard to answer. Decisions about park locations, funding, staffing, features, and amenities were based on instinct, observation, anecdote, and occasional park-use surveys.

But today, Geographic Information Systems, big data analytics, and online tools are bringing real data to bear on these decisions, making cities nationwide smarter about their parks. Beginning about a decade ago, The Trust for Public Land began analyzing spatial and accessibility data for parks in the nation’s largest cities, making the data and associated maps available on its ParkScore® website. More recently, the organization expanded this effort to include park access and demographic data to cover more than 14,000 cities nationwide, encompassing more than 80 percent of the US population.

"In ongoing work, we are enriching existing datasets with crowd-sourced and anonymized cell phone data and information derived from social media channels"

As a result of this work, park managers and interested residents in communities large and small can now go to The Trust for Public Land’s ParkServe® website and view a map and analysis of park needs specific to their city or town. The online maps display locations where new parks could best resolve inequities in park access, and downloadable reports provide detailed data on how parks are serving residents in various demographic categories. Thanks to foundation support, these maps and reports are offered free of charge.

This GIS analysis and mapping project grew of out The Trust for Public Land’s own efforts to build parks in communities where they are needed the most. Before 2001, we were helping communities site parks based on our own and our partners’ on-the-ground knowledge, but without the data, we needed to be most strategic and proactive in our approach. Sophisticated GIS analysis has allowed us to prioritize and map locations based on such factors as population density, household income, number of households containing children and seniors, and public health issues that might be relieved by exercise, exposure to nature, or land to grow nutritious food.

The Trust for Public Land believes that every person in America deserves a quality park within a 10-minute walk (or half-mile) of home, and our accessibility data is based on this standard. To accurately map accessibility to that level, we have incorporated other datasets in our location analysis, such as major highways that block or slow access, traffic patterns, and the availability of sidewalks and public transportation.

A parallel GIS effort is helping cities get smarter in enhancing the beneficial environmental functions of parks, especially as they pertain to the effects of climate change. The Trust for Public Land’s Climate-Smart Cities program has developed partnerships with 20 cities to site locations where green infrastructure implementation can strategically aid in climate resiliency. Detailed maps based on GIS datasets show where parks might be particularly beneficial in cooling the atmosphere, absorbing stormwater, and establishing greenways and trails to support carbon-free transportation. Not surprisingly, neighborhoods underserved by parks are often those most endangered by the effects of climate changes and most in need of the environmental benefits parks can bring.

To date, our spatial, park location, and demographic data has come largely from government and private sector entities. But we are aware that there is much information about parks that is not covered in these sources. In ongoing work, we are enriching existing datasets with crowd-sourced and anonymized cell phone data and information derived from social media channels. The addition of these large datasets will allow increasing insight into how parks are being used, the most popular locations and features in a park, the neighborhoods a park’s users come from, and other fine-grained information that will help officials and managers make smarter decisions about park investments.

We look forward to a near future when models and analysis of this data can be incorporated into reports and maps on the ParkServe® website so that officials and park managers nationwide can become even smarter about how their parks are being used and how existing and new parks can best serve residents.