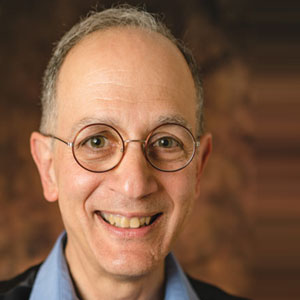 Cities like Denver want to move people away from driving alone—not just for commuting, but for everything—work, play, shopping, worship, and so forth. It’s not that cars are inherently bad. Rather, too often they are not used as designed, that is, to transport groups of people rather than just one person. Cars have advantages, but they are also big and can be dangerous. Most of them are fueled by polluting, non-renewable energy sources.

To get people away from driving alone, cities are changing the spaces in which people travel. For the past hundred years, roads have been designed exclusively for cars. Pedestrians get the sidewalks (if there are any), but intersections have people crossing streets too close to vehicles and don’t induce cars to slow down when pedestrians are around. In some places, intersections are too far apart, tempting pedestrians to cross mid-block. In other areas, streets are so wide that crossing for pedestrians can be a scary experience, even with a walk signal.

Bicycles are also similarly challenged. Bikes have the same right to ride on the road with cars, except on interstate highways and similar routes, but many people aren’t comfortable doing so. Cars typically go at least twice as fast as bikes and there is no separation between the bikes and the cars. Only when bikes are around a lot that cars begin to notice them and exercise more care. But if people can’t be tempted to ride, that critical mass of cyclists can never come into existence.

"If we want to continue the movement towards encouraging people to use non-motorized mobility, we need to share the clock just as we share the road"

Similar physical treatments are made on roads to share them with pedestrians as well. Curbs at intersections may be “bumped out” to cause vehicles to slow down when approaching them and to turn, or the middle part of the road might be taken to create “islands” where pedestrians can stop safely midway across.

In each instance, a part of a street or road is taken away from cars and given to bikes and pedestrians. It’s not always popular with drivers, but it does help cyclists and pedestrians feel more comfortable on the road.

Cities divide up the clock in three ways. Firstly, they do so with traffic signals. At some intersections, cars in one street get the same amount of “green light time” as cars on the cross street. At others, one of the streets is favored; vehicless on that street get more time than cars on the intersecting street.

Another way to divide up the clock is by timing the traffic signals in a certain way. Signals in one direction can be timed to favor vehicles traveling at a certain speed—usually the speed limit for cars moving in that specific direction. The favored cars can get a “green wave,” where they get one green light after another. Cars going in the opposite direction or on an intersecting street are not as lucky; they might run into more red lights and so traveling a certain distance can take them longer than traveling the same distance in the favored direction.

As noted, signals are timed for a particular speed, but cars travel much faster than bikes. A green wave can be set up at a car speed of 30 miles per hour, or at a bike speed of 15, but it can’t be set up for both simultaneously. Therefore, the city has to decide who gets the green wave, the cars or the bikes.

The third way of dividing the clock is with the walk/don’t walk signal. In theory, these signals can be timed at the same interval as the traffic signal. In other words, both pedestrians and vehicles get a green light for the same length of time. But this is rarely the case in practice. More often, the relative timing of the two devices favors the car. The pedestrians are left standing on the curb, waiting for the next walk signal, while cars going in the same direction still have a green light.

If we want to continue the movement towards encouraging people to use non-motorized mobility, we need to share the clock just as we share the road. This does not mean always favoring the bike and the pedestrian, but favoring them some of the time. Create some roads where the lights are timed for a green wave for cyclists rather than cars. Time the lights at some intersections so that pedestrians get the same amount of “go time” as the cars, or even more. Share the clock, not just the road!